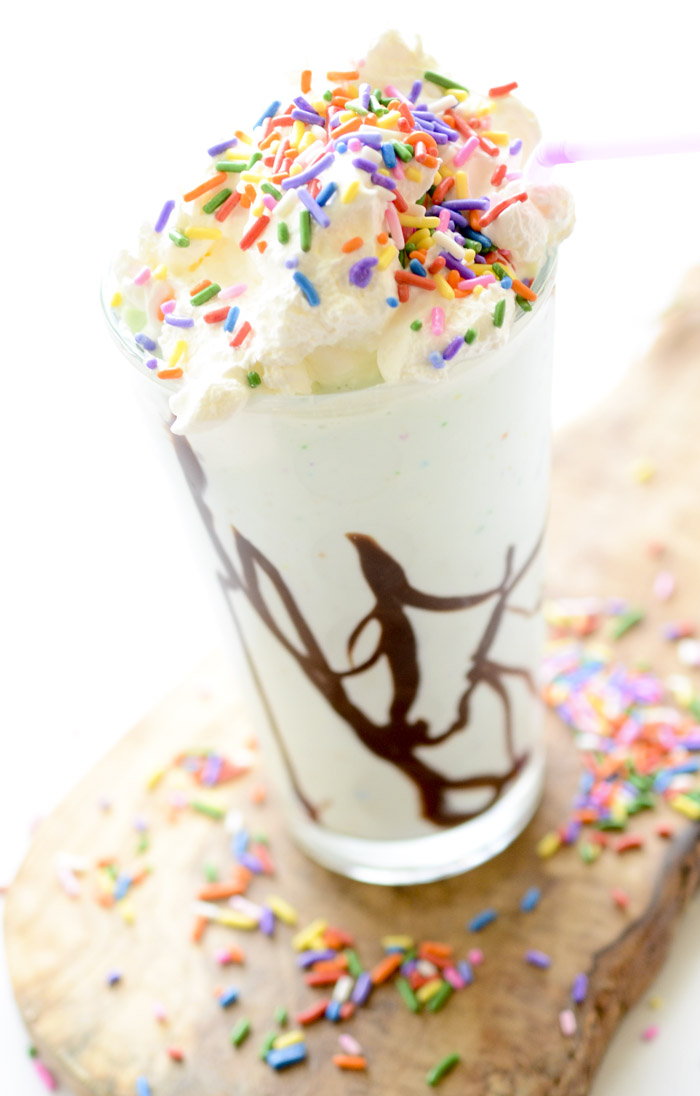 My team is in the NHL playoffs and they aren’t doing so great. 🙁 If they don’t win tonight they’re done. In case you’re wondering who my favorite hockey team it’s the Minnesota Wild.  I’ve been a hockey fan ever since I was little. My brother would play and they would drag me to all of his hockey games.  In college, I was all about my UND team and would follow the players very closely. Now those players have all moved on and are pro. 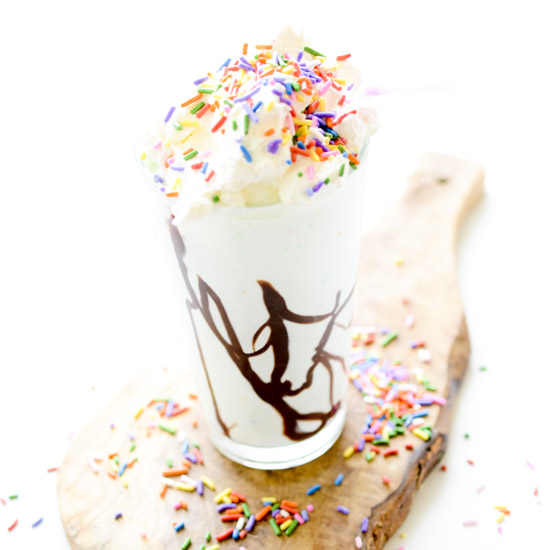 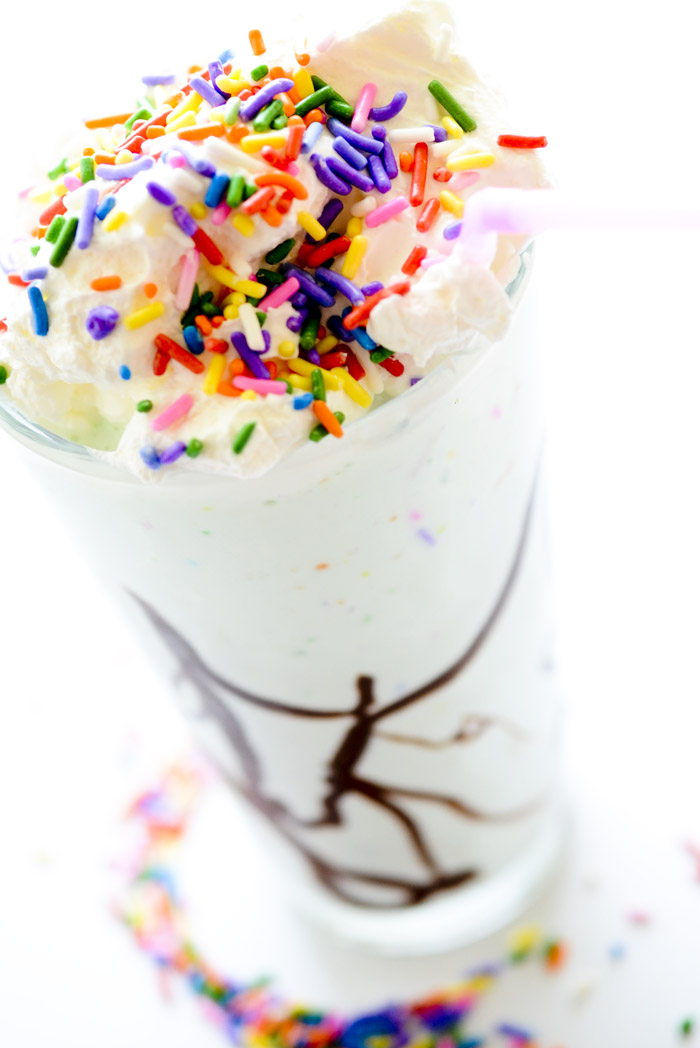 On Friday night we were watching the Wild play and drinking Mudslides.  A Mudslide is an alcoholic drink with lots of ice cream and some coffee liquor, maybe even a lot of calories too.  Who’s counting though, right? What if I replaced the vanilla ice cream with cake batter ice cream and the coffee liquor with some Cake Batter vodka, and added some sprinkles. Brilliant idea, indeed!  Sprinkles just makes everyone so happy.  I went a little too sprinkle crazy, and ended up with sprinkles everywhere.

To get the swirls in the glass, just drizzle in some chocolate syrup when the glass is empty. 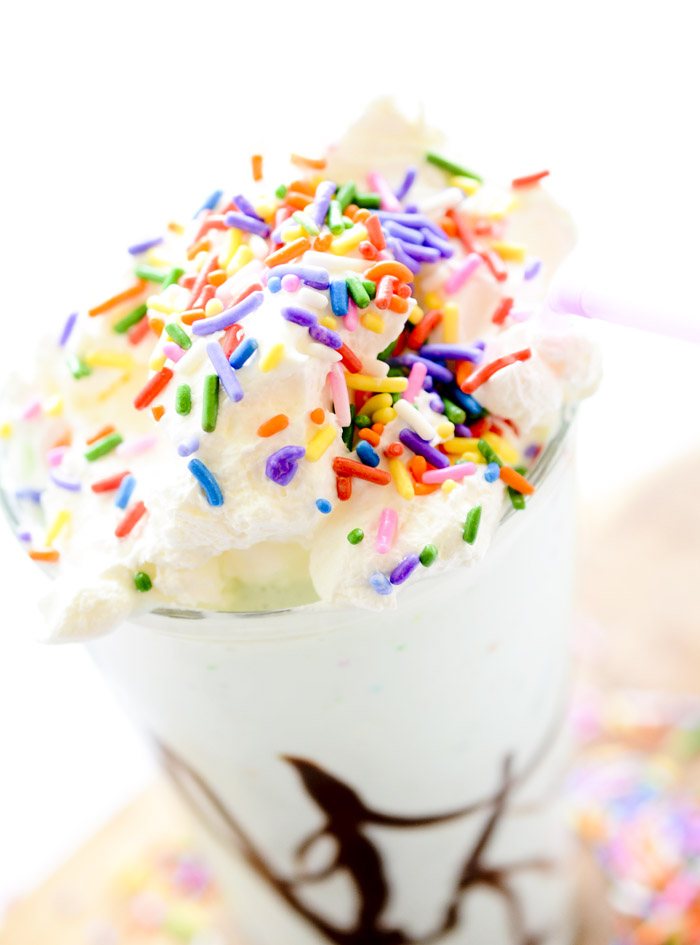