I recently bought a box of puff pastry at the grocery store. Puff pastry is really expensive and I think I paid 4.99 for the entire box, but the price is well worth it in my opinion. Puff pastry is so flaky and buttery and you can do a lot of different things with it. I went a little too wild I think.

The first thing I made with puff pastry was Ina Garten's recipe for French Apple Tart. I remember her saying on the show, that it's ok if the edges burn. We tasted it, and the outer crust was pretty nasty. Other than that, we ate around the crust. This was really good and so simple to make. See how burnt my edges got? I decided to drizzle some caramel sauce on the top. The recipe calls for apricot jam, and some apple flavored liquor which I didn't have. 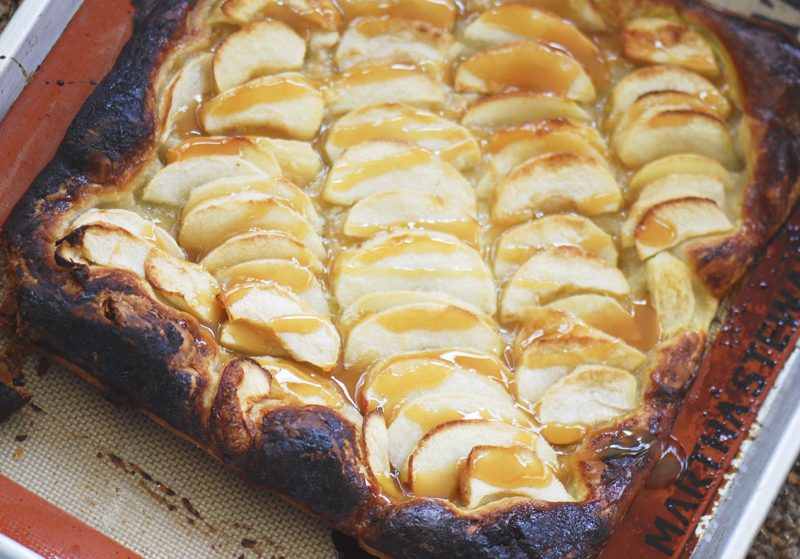 You can also make homemade churros. These are delicious and way better than the ones at Taco John's. I just melted some butter (¼ cup),  and mixed together ¼ cup of white sugar, and 1 to 2 teaspoons of cinnamon. Cut the puff pastry into long strips and dunk them in the butter. Then in the sugar and cinnamon mixture next. Bake in oven at 400 degrees for 10 t 12 minutes. 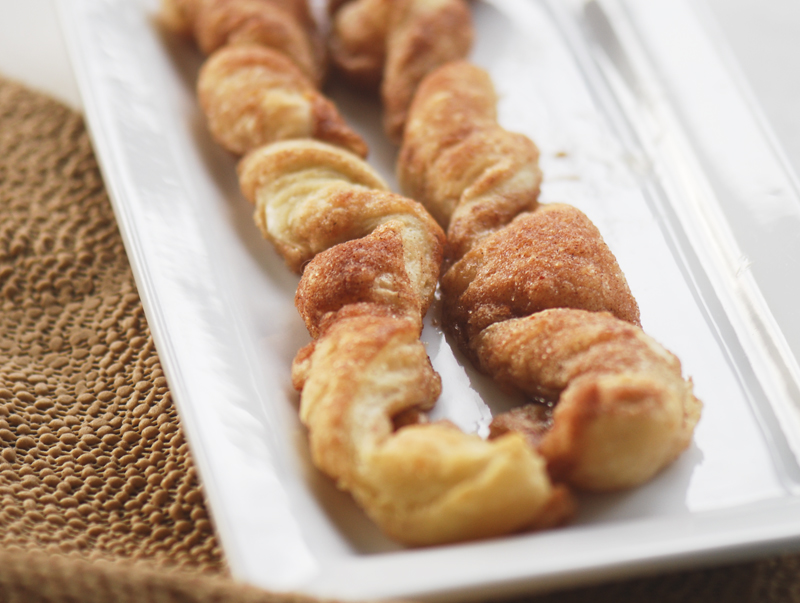 Homemade parmesan bread sticks are next. This is pretty much the same method as the churros. In a bowl, mix together ¼ cup of parmesan cheese, 1 teaspoon of garlic powder, and ¼ teaspoon of oregano. Cut into strips, dunk in butter first, and then the parmesan cheese mixture. Bake at same temperature (400 degrees) for 10 to 12 minutes. These are just as delicious as the churros. I actually should have made more churros than breadsticks when I made these. The husband was disappointed that there weren't any more churros. 🙁

And there you have it folks. Fun with puff pastry!