So happy it is Saturday. I'm going to a cupcake decorating class later on at 2:00pm today. I'll have to take pictures of the finished cupcakes and post them on here. It's with the meetup.com I joined. I also went and had some brunch with a friend at this place called the Boiler Room. We had Scotch eggs with maple aoli and they were to DIE for. The sausage was so spicy and the sauce was the best. A Scotch egg is a hard boiled egg, that is rolled in ground sausage and then gets deep fried with a bread coating. I plan on making those once for this blog. They are so good. If you ever see them on a menu give them a try, you won't be disappointed. 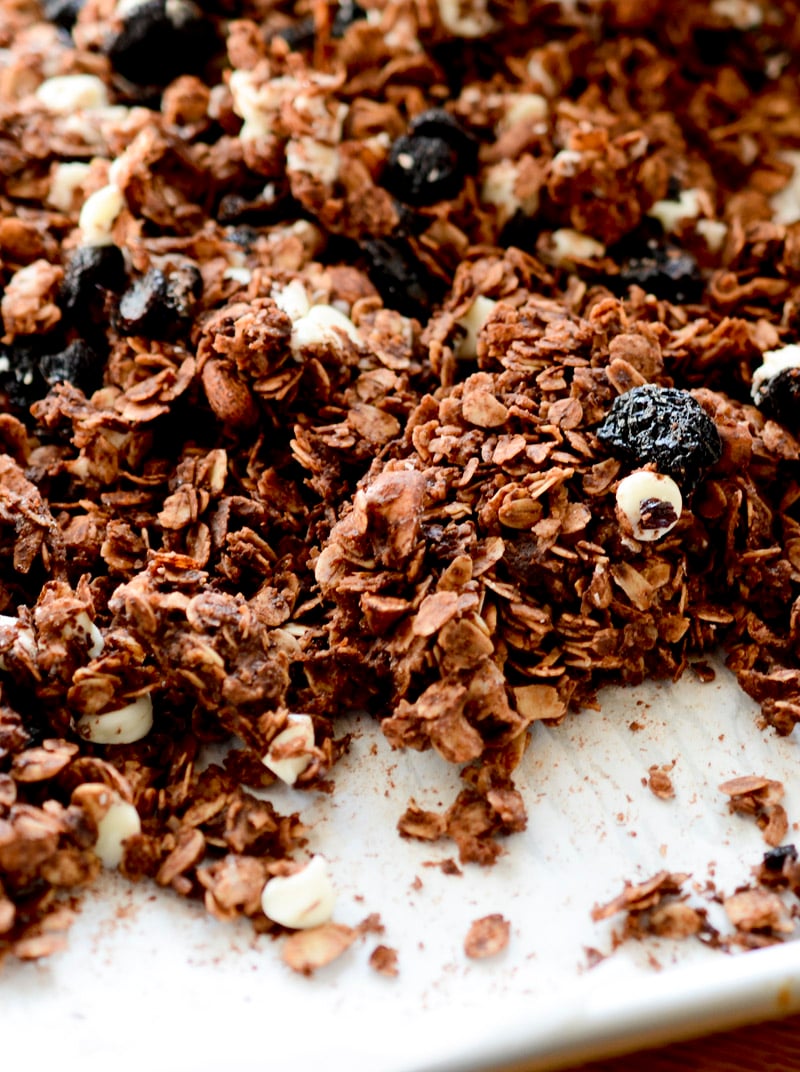 This chocolate cherry granola needs to get into your mouth right now. Coconut oil makes this so delicious. There's just something about chocolate and coconut oil, and the two of those go really well together. I've been seeing a lot of granola recipes this week, so I decided to make some. Added some white chocolate chips and dried cherries to the granola. The best part of the granola is when you get a nice little cluster bite with everything in there. Top it on yogurt or make a breakfast parfait. 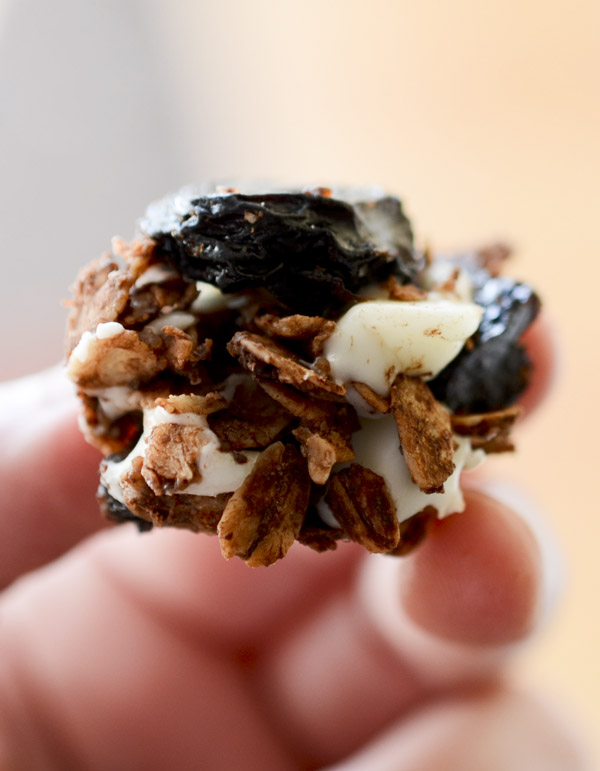 See this, the cluster bite! This is what I'm talking about. Nom, nom, nom. 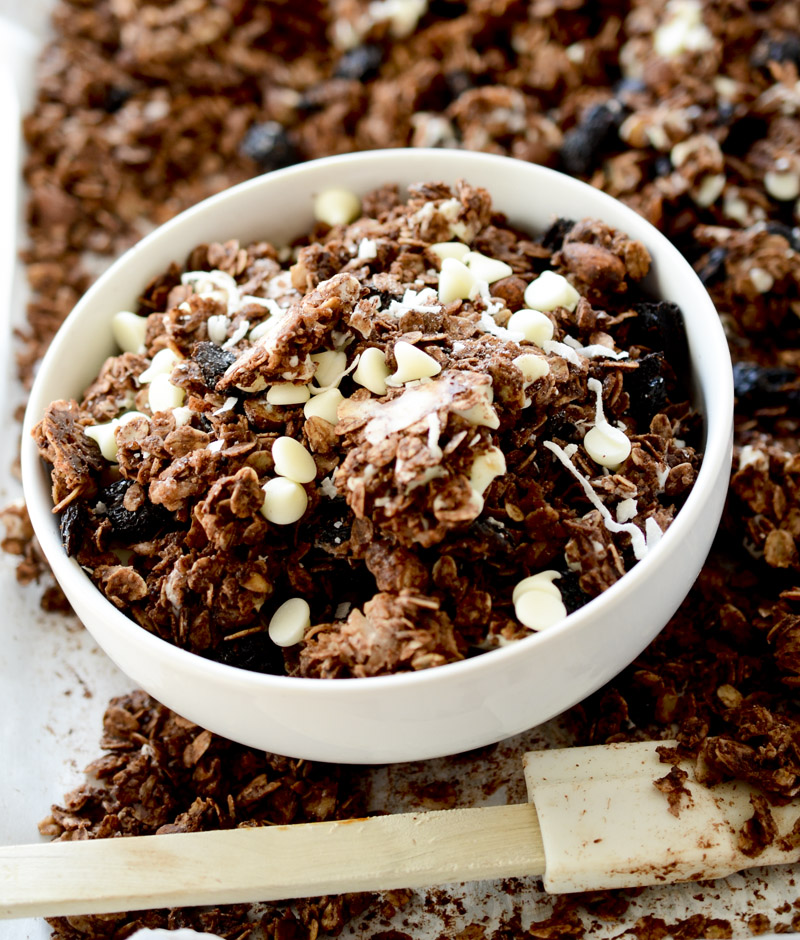 Oh, and you can totally melt coconut oil in the microwave to get it out of it solid state. It is much faster,  instead of wasting time trying to heat up the stove top. The microwave is a life saver.