How did it get here so fast? This season has  gone by so fast and now we'll all have to wait until February for any new shows to come on. I'm sitting here already crying because of this!

I don't want to spoil too much for those who haven't watched it yet, so I'll try not to talk too much about the season. Some of my friends who read this blog daily, only get to watch it with Hulu or on the Internet.

I'm a huge Walking Dead fan and look forward to every Sunday night.  I hope the two people from the hospital get rescued and the group is able to get back to the church with out anyone dying. Father Gabrielle is kind of nuts too. Carl knows how to kill zombies way better than he can and he just goes and takes off like that. STUPID I tell ya. I almost died during the part where Daryl was trying to save himself. Oy, that left me having apocalyptic dreams the other night ago.

Walking Dead memes are hilarious too. Found these on their facebook page. 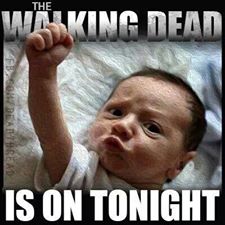 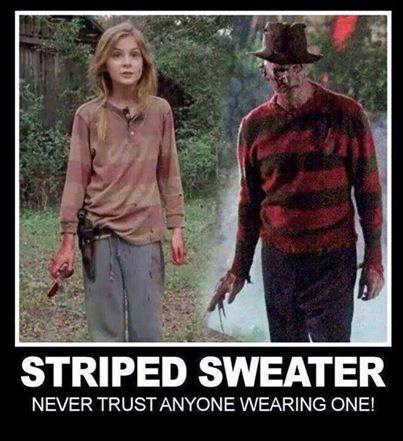 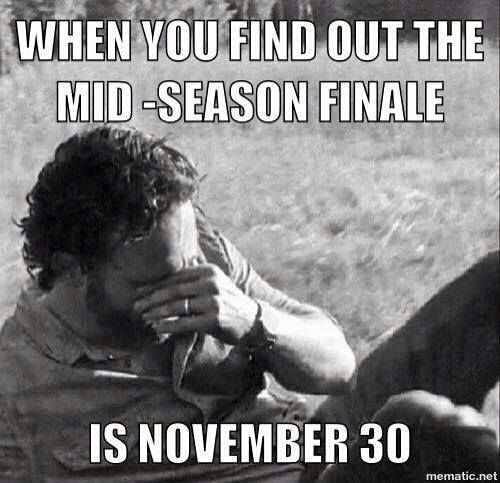 Anyways.. I thought it would be fun to have a zombie dinner party and here is what I'd serve.

Try my Zombie Meatloaf as the main course.

Or how bout some Bloody Blood Shot Meat balls? 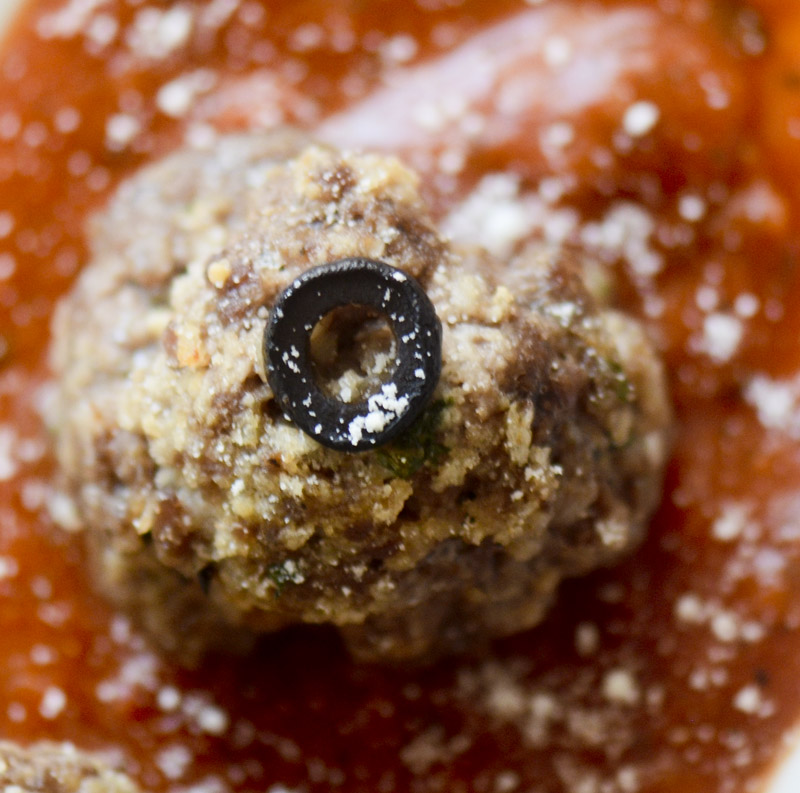 Swamp Punch for a cocktail 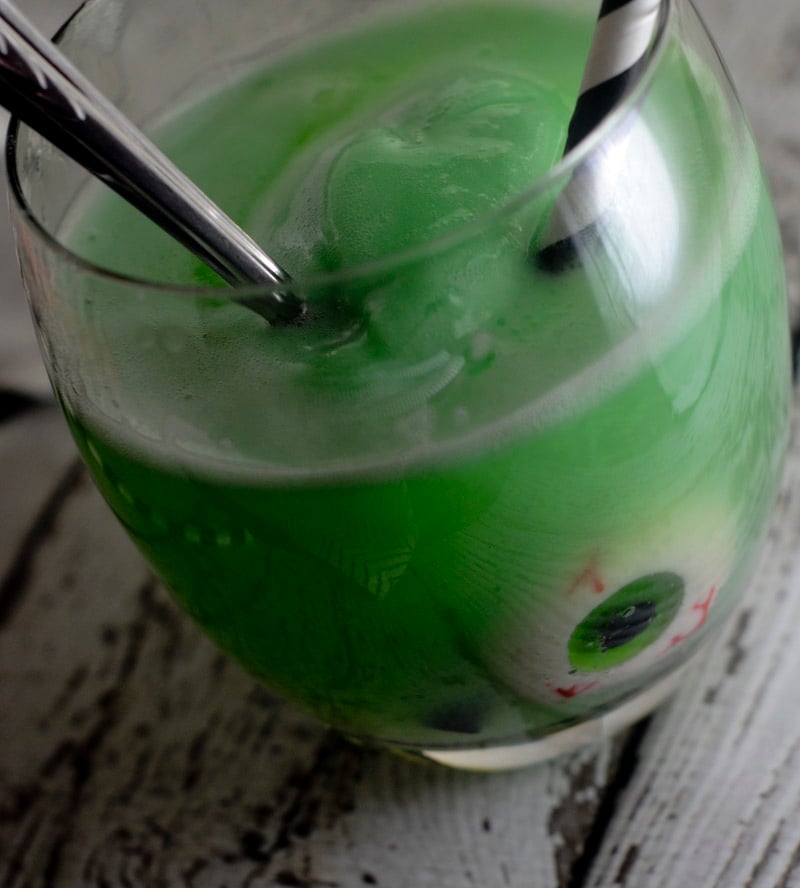 I will serve some of these three items at Halloween time, but they would be good for a Zombie Themed dinner party as well.

For dessert, I suggest these zombie brain cupcakes!

Is it Sunday yet?