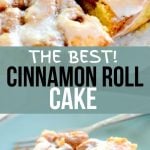 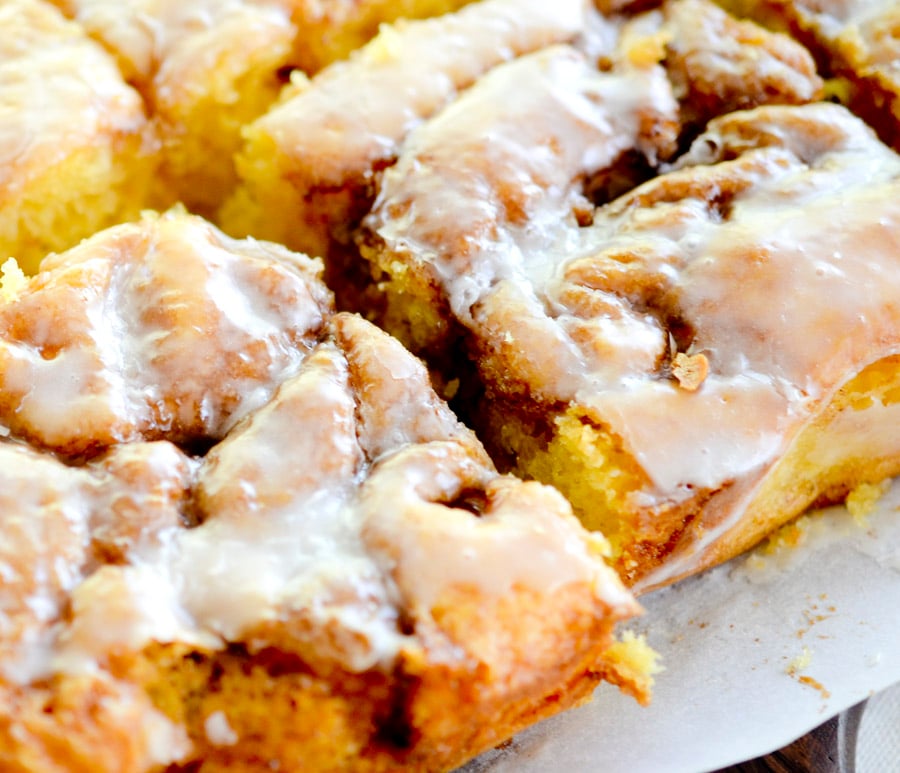 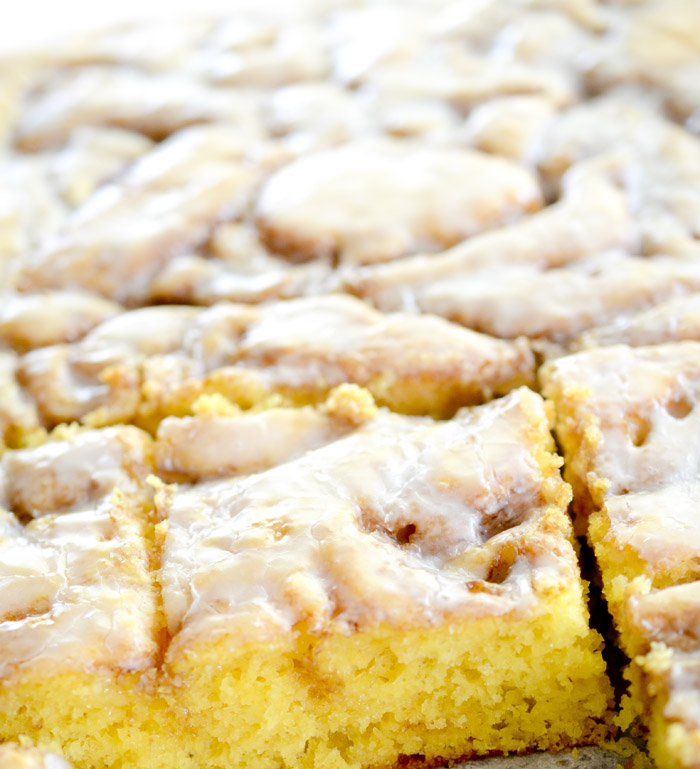 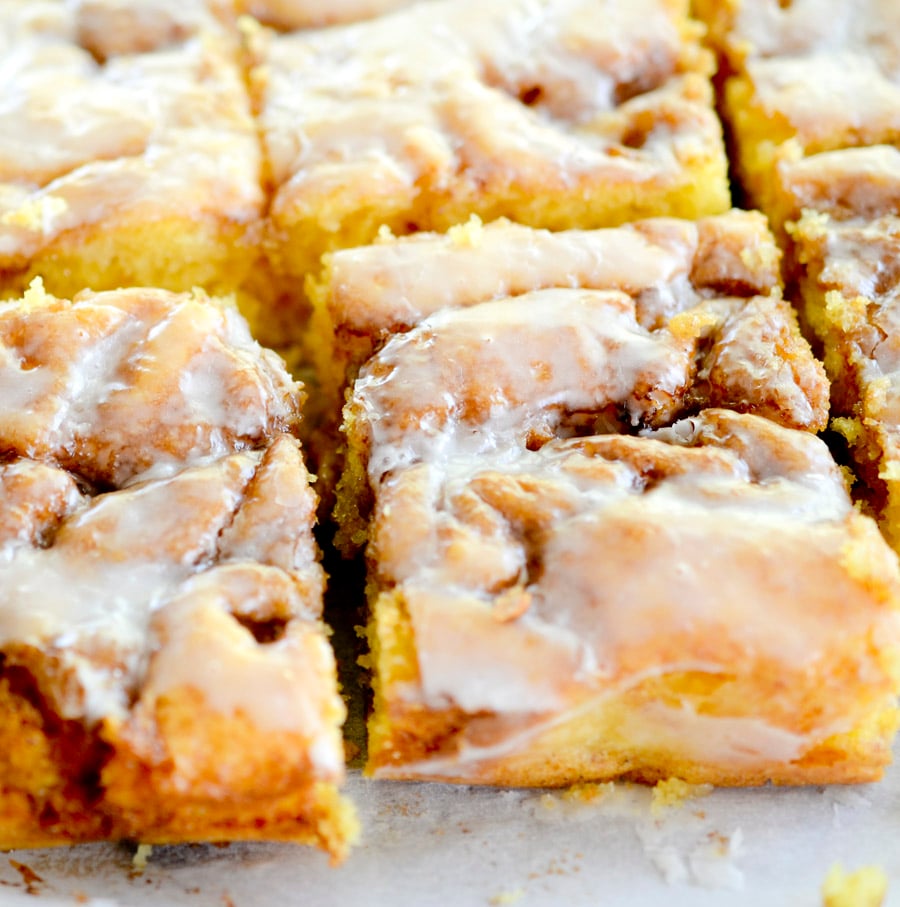 It’s been so rainy and cold here lately, but hey at least it isn’t snowing. Makes me want a warm piece of cake, coffee cake that is. The ice cream pie is gone so onto my next dessert. The cinnamon roll cake!  I posted this recipe on my facebook page in 2 days it had over 1,000 shares so I knew I had to give it a try.

Cinnamon roll cake takes your basic yellow cake mix box to the next level! The top of the cake batter is swirled with cinnamon and brown sugar (the part that goes in the middle of the cinnamon rolls. Then, the cake is topped with a powdered sugar glaze. You could almost eat this cake for breakfast, cause it reminds me of a coffee cake, yet in the form of a cinnamon roll. That, and it’s much more easier to make than a cinnamon roll. This cake is quite possibly the best cake I’ve ever made! 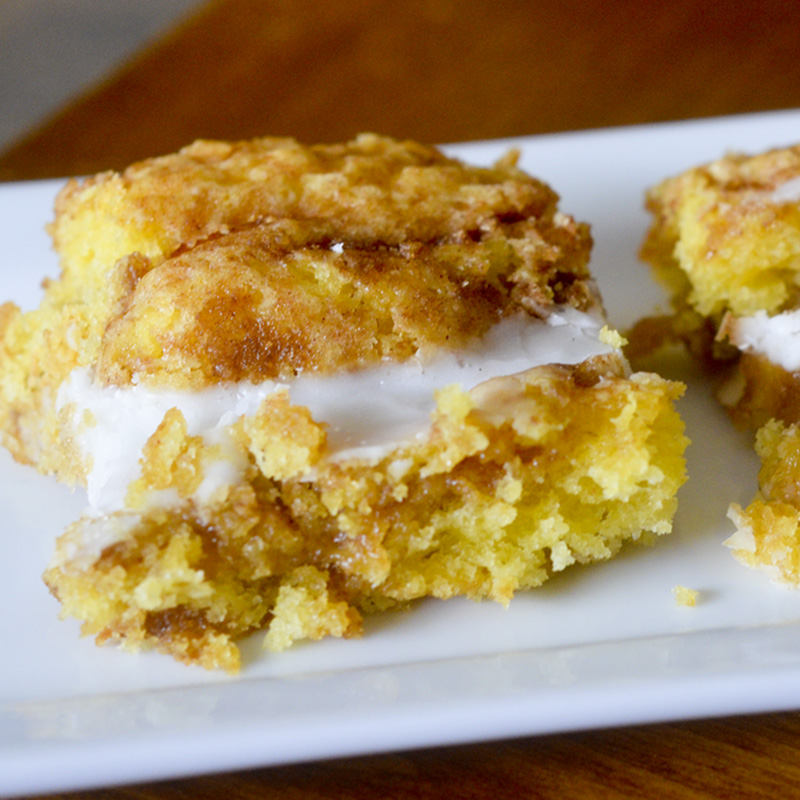 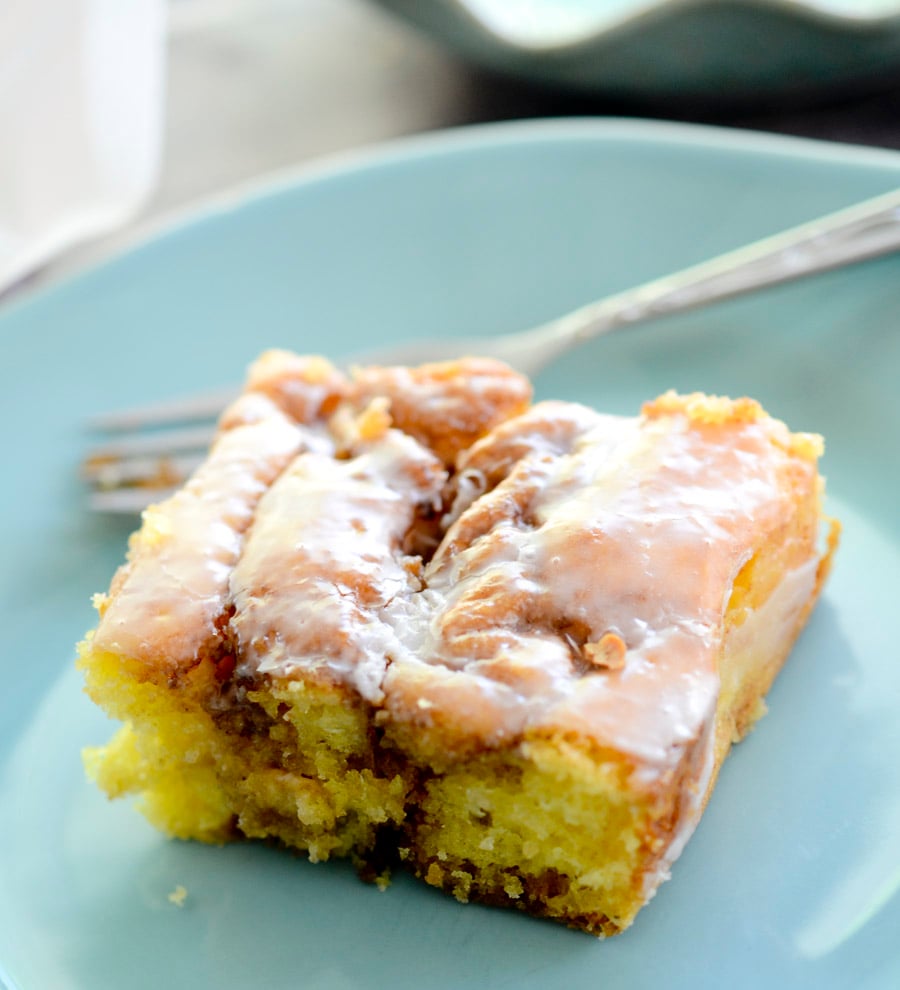 Recipe adapated from Chef – in – Training