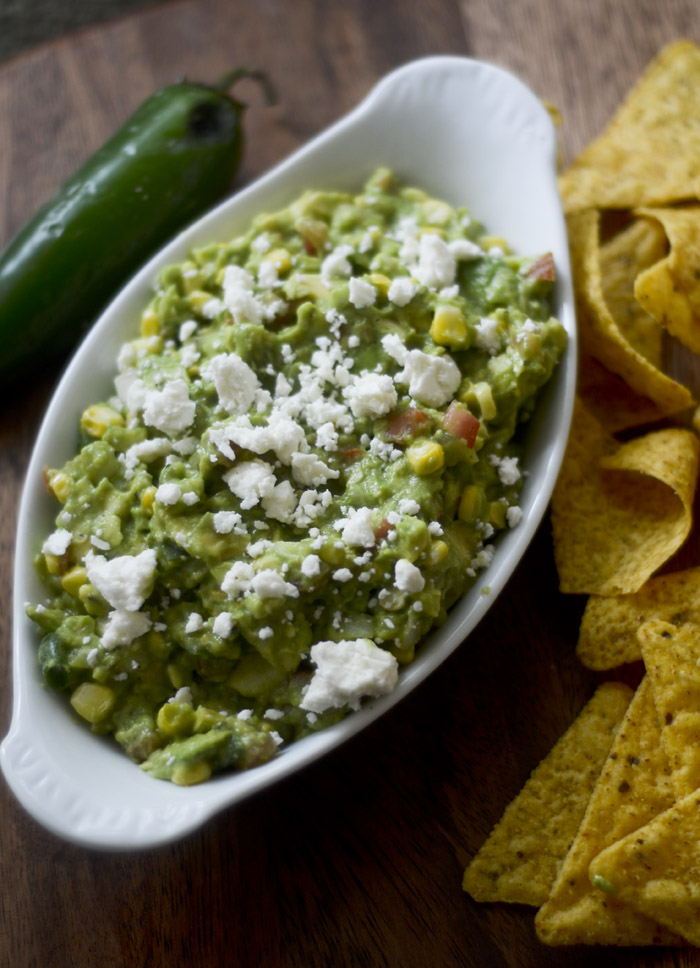 This weekend at the cabin, I had the best damned gaucamole EVER! EVER! I kid you not!

I’ve never had guacamole  like this, and I’m just used to the regular which in my mind is avocado, onion, cilantro, salt, pepper, and lime juice. This guacamole recipe had roasted corn in it and cotija cheese on top. The roasted corn made it really sweet and the salty cheese on top made it even better. If you’ve never had cotija cheese, it’s kind of like a Mexican parmesan cheese. If you can’t find that sub parmesan cheese or feta cheese. Don’t be frightened by the white cheese on top. 🙂

Everybody was saying how good this guacamole was and I got this recipe from Ben’s aunt Sherry. She told me where she had got it from, but I’ll have to ask her again because I can’t really remember. Some California Association. She said she took it to a party and it was gone in seconds and make sure you double it too. This guacamole doesn’t last long. Football season is coming up and this would be a great appetizer to bring. 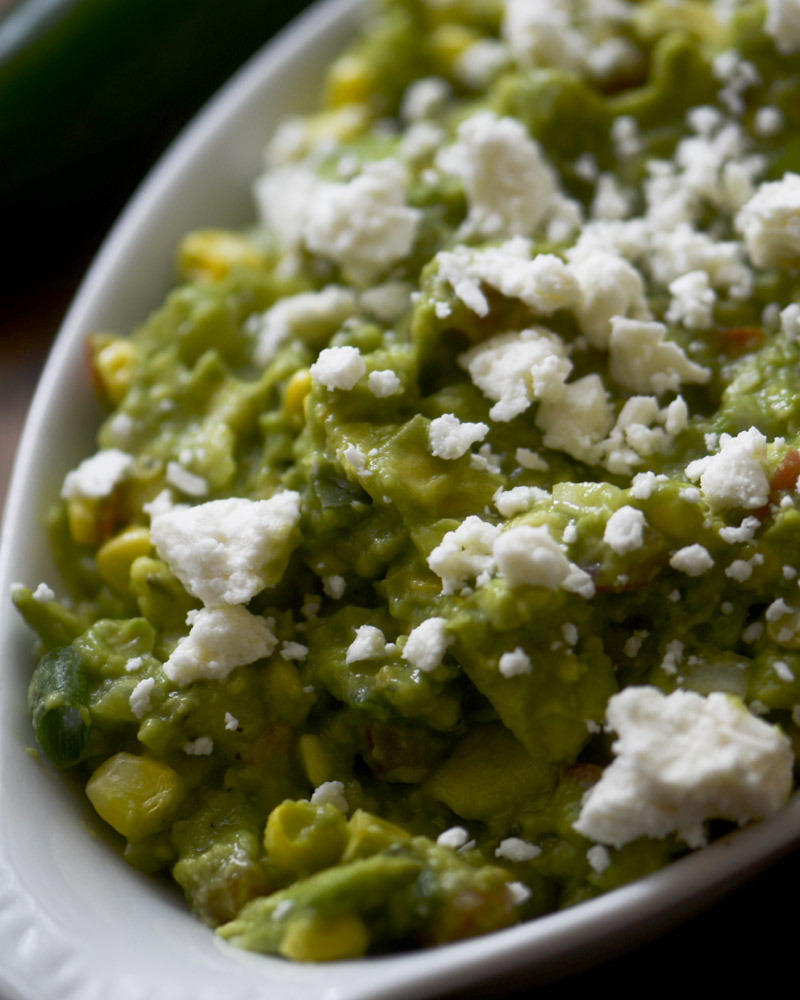 My friend told me a secret about buying avocados. Even if they aren’t ripe yet, put them in the fridge right away. They last longer until they ripen. The last avocados I bought, I did that and they ended up being the best avocados I’ve had in a long time. Thanks for that tip!

Classes start again today which means reading and writing papers. My last class all I had to do was code and now I get to write essays. That’s one thing I hated doing when I was in college! I’d rather just design, code or make something and then show it to the teacher for a grade. 🙂 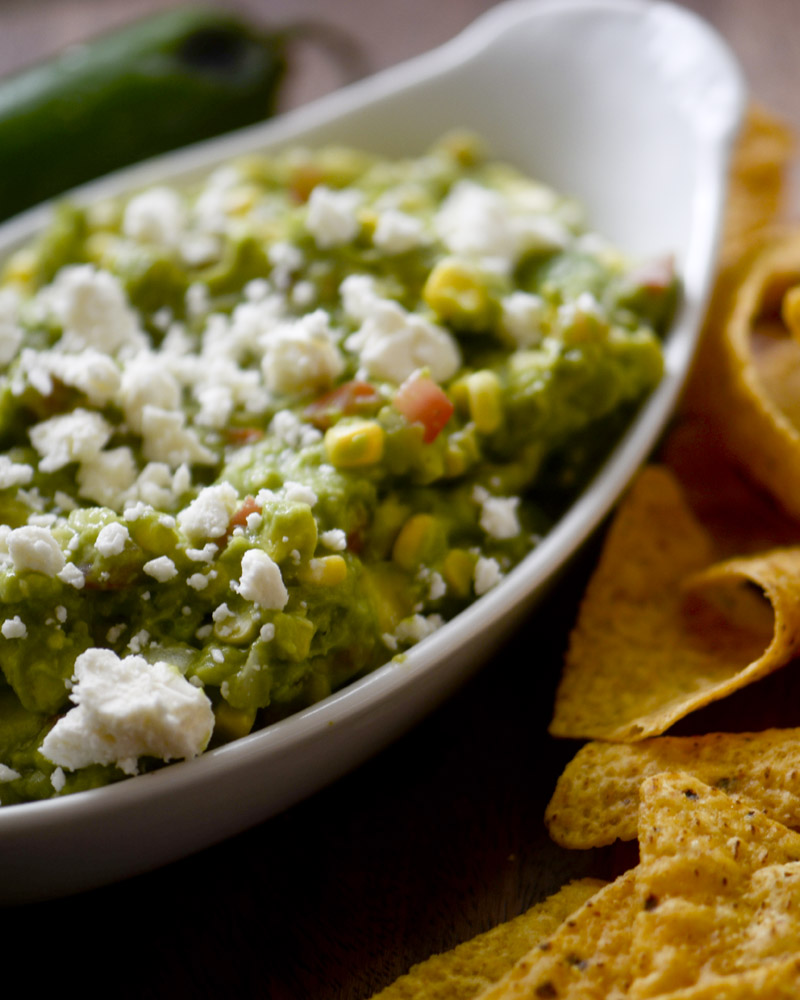 Recipe from Ben’s Aunt Sherry who found it at californiaavocado.com